You might remember in a couple of different blog posts over the past few months, we discussed two ongoing projects for clients building plants that will generate fuels – from solid waste and from natural gas. The environmental engineering work we do for these clients is – we believe – exceptionally important both to the growth prospects of our company and to our overarching company goal of helping foster a sustainable future for the world. We also believe that as part of our role as environmental stewards, it’s important to promote education in the areas of science, technology, and environmental engineering. For that reason, today we want to discuss one of the areas relevant to this work– the process of conversion of natural gas into usable fuels.

A bit of Chemistry

In theory it is possible to convert any run-of-the-mill hydrocarbon, such as methane, which makes up about 85% of natural gas, into almost any other hydrocarbon.  In fact, nature does this sort of thing all the time.  Plants, comprised of many complex hydrocarbons, are converted through time, heat and pressure into crude oil, coal and natural gas.  Plants themselves are chemical factories in miniature.  Through photosynthesis, plants convert sunlight and carbon dioxide into complex sugars, cellulose and myriad other complex hydrocarbons with myriad physical and chemical properties.  By adding in some nitrogen, oxygen and few other ingredients from the soil, plants can make proteins, oils, sugars, and in some cases, such as the nightshade plant, alkaloid poisons.  Plants create chemicals that mankind refines into medicines and drugs.  For example, morphine, nicotine, aspirin and caffeine are four plant supplied chemicals that directly impact man’s wellbeing, for better or worse.  The conversion of natural gas into liquid fuels in our client projects is not nearly as complex as what is going on in that oak tree growing in your back yard.

In brief, the process goes something like this:  methane from natural gas is partially oxidized, that is partially burned in a low oxygen environment to form carbon monoxide (CO) and hydrogen (H2).  Water vapor is added as a source of additional hydrogen.  Some of the CO reacts with the water vapor (the “water gas shift reaction”) to form hydrogen (H2) and carbon dioxide (CO2).  The CO2 formed in the reaction is then stripped from the gas mixture.  In some designs, direct steam reforming is used where water vapor is directly reacted at high temperature, with methane to form CO and H2.  The CO and H2 are then pushed through a catalyst, which converts the two simple chemicals into larger molecules, typically alkanes, which are saturated hydrocarbons like methane or propane.  The catalyst selected controls whether synthetic gasoline, diesel, jet fuel or paraffin waxes is produced.

A bit of History

Perhaps because we don’t see natural gas conversion plants on every street corner, we tend to think of the technology as something new, at bit cutting edge.  But the truth is that the process was developed in 1925 by two German chemists, Franz Fischer and Hans Tropsch.  Today we call the process the Fischer-Tropsch process or “F-T” for short, I imagine to avoid having to learn how to pronounce Tropsch (usually pronounced Trope, with a long “o”).  Germany made great use of the process in World War II - having relatively small native oil reserves, Germany was able to fuel their war machine using the Fischer-Tropsch process by converting coal into liquid fuels.  The WWII German synthetic fuels industry was able to produce 3.7 million barrels per month by early 1944, utilizing 25 F-T plants scattered across Germany and the occupied lands.  The Pölitz plant alone was able to produce 575,000 tons of fuel in 1943.  A documentary on the topic can be viewed at https://www.youtube.com/watch?v=jwHypKFYzGg.

A bit of Technology

The F-T process uses a specialized catalyst to facilitate the conversion of CO into heavier molecules, mostly alkanes.  An alkane is a class or family of chemicals that all share the general formula CnH2n+2. Don’t let the symbols throw you.  The formula just says that for every (n) number of carbon atoms there are (2n+2) hydrogen atoms, for example C3H8 or C6H14. The family includes many useful compounds whose names are in general use by the public, such as methane, butane, propane, and octane, to name a few.  As the number of carbon atoms in each molecule increases, the higher the compound’s boiling point becomes.  Methane with one carbon is a gas, even at the North Pole in January.  Propane with three carbons is a gas at room temperature but can be compressed to form a liquid for use in gas grills, and home heating as well as other uses.  Octane, with eight carbons, is a liquid with about the same boiling point as gasoline.  Paraffin wax is an alkane with 20 to 30 carbon atoms and is a solid at room temperature but is still flammable if given enough encouragement.  The F-T process produces a mixture of alkanes from methane (one carbon) to paraffin wax (30 or more carbon atoms).

The percentage of each alkane produced is controlled by the selection of catalyst and the operating conditions in the F-T catalytic converter.  The most commonly used catalysts include those made from transition metals like cobalt, iron and ruthenium. For natural gas F-T processes, cobalt is the most commonly used.  Unfortunately, it is impossible to have the process produce only the alkane desired.  Mixtures of different alkanes are inevitable. So, the F-T unit is often followed by a catalytic cracker where the heavier alkanes can be thermally “cracked” to reform lighter, often more desirable liquid fuels.  The process produces very pure liquid fuels, such as ultra-low sulfur synthetic diesel and high purity jet fuel.

Technology has surged forward since WWII and modern materials science has created new catalysts that are significantly more efficient at converting CO into alkanes and allowing simpler upstream gasification steps.  The newer catalysts also help narrow the range of alkanes produced, making refining the final products easier and more cost effective.  It is now possible to produce ultra-low sulfur diesel at prices less than the current retail price of petroleum sourced ultra-low sulfur diesel. Modern designs also include secondary processes to capture and make use of what were once waste materials, such as carbon dioxide, extra hydrogen and organic chemicals that were formed as byproducts.

A bit of Economics

So, if the technology is mature and the raw materials to feed the process are plentiful, why don’t we see F-T conversion plants on every street corner?  The simplest answer is we don’t need to.  The graph below, taken from the US Government website https://www.energy.gov shows that the United States started to produce more oil than it imported in early 2014, and it’s simply more cost-efficient for us to procure oil the old-fashioned way. It remains much less expensive to drill, pump and refine crude oil than to create synthetic fuels from other hydrocarbons. As long as the price of crude oil is below some undefined trigger point, synthetic fuel plants will be rare. Note that we mentioned that we could produce F-T ultra-low sulfur diesel fuel at less than the retail price of petroleum based ultra-low sulfur diesel.  However, to be competitive, the production price needs to be competitive with the wholesale, raw production price of the petroleum-based products.

Occasionally, the undefined trigger point is reached and excitement builds in the synthetic fuels industry.  Each time world events create political unrest and the price of crude oil goes up, the number of proposed or planned synthetic fuel plants escalates.  However, by the time the planning, design, and permitting of a new plant is completed, the crisis is over, and the price of oil falls back making the new plants economically unsound.

There are other reasons we don’t have F-T conversion plants across the country.  One, the capital and infrastructure invested in traditional petroleum refining is staggering and not easily abandoned.  The mega-companies that make up the oil industry are resistant to new perhaps, dare I say it, disruptive approaches.  And, small companies don’t have the economies of scale to easily compete in that market.  Another reason is the history of the F-T process itself, being used so effectively by the Nazis in WWII.  It was not, of course, the fault of the process that its first great accomplishment was to fuel what is generally considered the most evil regime in the history of the planet.  Nevertheless, the stain of the Nazis remains and is perpetuated unintentionally by every professor who has ever taught about the F-T process, who dwell on the history and first large-scale use of the technology.

Of course, there will come a day when the world’s oil reserves will be expended, and other sources of energy will need to be developed and exploited.  Perhaps there is some comfort in the knowledge that as that day approaches, there already exists a technology that can convert less useful hydrocarbons into more useful forms; trash into treasure in a sense.  BLEST is already involved with a project to convert municipal solid waste into F-T fuels with the expectation that 1,000 tons of high-grade synthetic fuels will be produced daily, consuming materials that would otherwise go to the local landfill.  Trash into treasure, indeed.

In theory, if all our fuel came from F-T conversion plants, we would have overall better environmental outcomes from our fuel production because of the absence of drilling, fracking, and refining of crude oil and the environmental outcomes associated with them. BLEST is therefore proud to be a part of these projects and hopes to assist industry leaders in fostering this type of process and technology throughout the future.

Mr. Moore is an engineer/executive with more than 30 years of industrial commercial experience. Most recently he served as Manager of Operations for Consulting and Engineering for the Knoxville, Tennessee office of CB&I Environmental & Infrastructure, Inc. Prior to that, from February 2013 – May 2017, he was the Manager of Operations at Integrated Environmental Solutions a Consulting and Engineering group within CB&I, Environmental and Infrastructure, Inc. 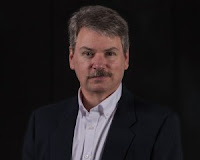