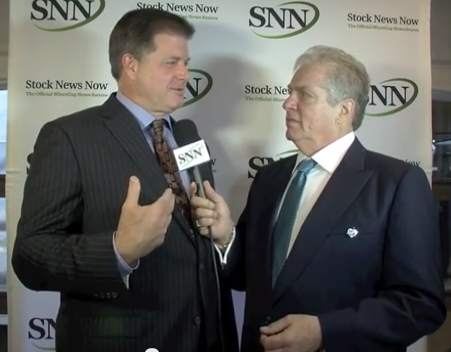 The AOS Filter - Link to Interview Here
Posted by BioLargo at 21:49 No comments:

We continue to refine our AOS Filter and expand trials on various contaminants as we prepare for commercial pilots. Our commitment to research in this area is considerable and dynamic. Our research team expanded to include three dedicated PhD researchers working for our subsidiary, BioLargo Water (Canada). Our offices and our lab are located within the University of Alberta research center at 'Discovery Place'. Our staff is led by Richard Smith, PhD and our Chief Science Officer, Ken Code and they all are backed up by extensive resources of the University. Our focused work is paying off. Our trial results are, by all accounts, "unprecedented" and the commercial opportunities have been referred to as "endless" by top independent researchers.

We have three bold claims backed by test results at the University of Alberta. When compared to competing technologies focused on eliminating contaminants in water- test results with the AOS Filter show that our technology is:

We recently completed a study to validate the AOS Filter's ability to eradicate Salmonella.

This rate of effectiveness is 'unprecedented'.

To help illustrate just how 'unprecedented', the results can be compared the performance to an industry standard chlorine dioxide-

Our dramatic results help illustrate the extremely high levels of oxidation achieved within the AOS Filter / reactor. We shatter the records set by our competition. The study is being prepared for publication and we hope to share these soon.

Armed with results like these, we believe that our commercial opportunities within the oil and gas industry and the industrial food processing industry are obvious and big. We are anxious and pressing ahead to push towards commercialization as soon as possible. We are targeting first commercial trials in the next six to nine months. We have a number of interested parties in discussions with us and we are busy refining the design of our AOS Filter to help insure that we meet the specific demands of these trials.

Additionally, we expect to announce soon, the completion of the first grants to help support our ongoing research. We continue to work diligently to successfully license our consumer products related assets and expand sales to the US Government. Our work with Clyra Medical is advancing slowly due to our limited resources, but it is advancing, and we are anxious to accelerate that work. Our license of the Isan technology to Clarion Water is good and deserves more explanation in the future. We have initiated discussions with a number of potential strategic alliance partners within the water industry and we believe that area of focus will pay off. We will report again soon as these various initiatives move ahead.

We presented an overview at the LD Micro Investment conference last week.
(Click this safe link to view the presentation)

Please help us spread the word and call me for an update anytime. I welcome a chance to speak with you! This is a very exciting time for BioLargo and I look forward to sharing more soon!


Forward Looking Statement Disclaimer-The statements contained herein, which are not historical, are forward-looking statements that are subject to risks and uncertainties that could cause actual results to differ materially from those expressed in the forward-looking statements, including, but not limited to, the risks and uncertainties included in BioLargo's current and future filings with the Securities and Exchange Commission, including those set forth in BioLargo's Annual Report on Form 10-K for the year ended December 31, 2013.
Posted by BioLargo at 09:27 No comments:

Posted by BioLargo at 19:24 No comments: