By RYAN ALLWAY
One year ago, experts from industry, academia, government, and finance were presented with what could soon be known as the biggest breakthrough in water treatment in decades. A team of researchers at BioLargo Water and the University of Alberta unveiled a working laboratory model of the AOS Filter along with the results from studies that demonstrate its ability to disinfect water 100 times more effectively and 10 times faster than any competing technology.  Researchers at the University termed its performance “unprecedented”. Results show that its energy requirements are less than 1/20th of the closest competing technology. 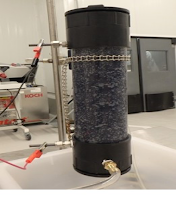 Figure 1 AOS Filter Lab Scale Model Presented Summer 2015
Naturally the next step was to produce a commercial prototype of this novel platform (referred to as the Alpha version) capable of meeting the needs of industry and manufacturing that can also be scaled up or down in order to deliver the volume needs of specific end-users, or to address contaminants of interest.
Figure 2 AOS Filter - Alpha Prototype to Showcase at BioLargo Technical Symposium August 2016

In April this year, BioLargo, Inc. (OTCBB: BLGO) announced it was moving forward with the Northern Alberta Institute of Technology, “NAIT”, to develop a fully automated, sensor-driven functional prototype. Dr. Richard Smith, President of BioLargo Water, commented, "NAIT's expertise in sensor technology and process scale up is a critical component to a commercial ready AOS filter. We hope to have this prototype unit to showcase at our second annual technical symposium scheduled summer 2016."
Dennis P. Calvert, President and CEO of BioLargo, Inc. said, "Excitement for our AOS Filter's commercial future is expanding as the water industry searches for high performance and cost saving technical solutions to deliver clean water. Our AOS Technology is transformative and expanding in scope and importance. These next steps in our journey to commercialization will enable us and any of our future partners to begin manufacturing and large scale up efforts as well as to customize the AOS Filter to suit the special needs of larger customers."
Calvert continued, “We are extremely proud of our accomplishments in water treatment that can have a significant impact helping provide affordable abundant clean water to a world in great need, and that can have a big impact on environmental pollution, not to mention breakthroughs in odor control, advanced wound care, and food safety. We are on schedule to showcase the Highest Impact, Lowest Cost water treatment system in the world at the University of Alberta on August 15th and are excited to show industry and government a better and lower cost way to treat water especially at a time when potable water is becoming scarcer and more costly.”
The Alpha prototype AOS Filter has been developed in collaboration with technical personnel at the Northern Alberta Institute of Technology (NAIT)'s Center for Sensors and Systems Integration and with NAIT's Applied Bio/Nanotechnology Industrial Research Chair.
Biolargo’s Steady March to Commercialization
BioLargo's AOS Filter combines a cutting edge carbon matrix, iodine, and electrolysis in a flow-through cell to rapidly and inexpensively eliminate bacteria and chemical contaminants in water. The company reports that it is at the ‘Generation 1 and phase 1’ of its development plan. Its first Alpha prototype, which will showcase at the upcoming technical symposium, delivers unprecedented rates[1] of disinfection against a wide range of pathogens including Salmonella, Listeria and E.coli.
The Beta version, expected soon after this August, will include optimizations for specific uses by target customers. In BioLargo’s case, that first target commercial target is the poultry industry. Management reports that it is working with industry partners, grant agencies, and financial supporters to pinpoint the focus within the poultry industry to accelerate success among a number of valuable opportunities such as process water recycling, livestock drinking water and wastewater treatment. 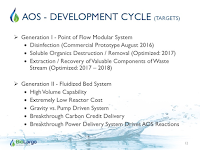 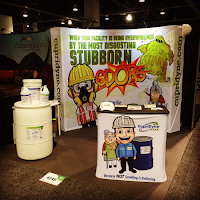 The Company is now launching CupriDyne® Clean, its breakthrough odor control product for several industrial uses. Its odor products have demonstrated unsurpassed performance and are meeting a very strong response from industries anxious to trial and use a product that actually works. Management is pleased to report success with every trial and a growing network of agents to help serve this very large industry segment. “Every customer that has tried CupriDyne Clean, wants it,” says AJ Sexton, VP of Industrial Sales for Cupridyne Clean (www.CupriDyne.com). He adds, “It is priced right, easy and safe to use and incredibly effective at oxidizing odorous volatile organic compounds (VOCs) where other products simply fail to work. We guarantee satisfaction.” This success rate bodes well for strong sales developing from here forward.
Clarion water (BioLargo’s commercialization partner) recently had its iSan system approved by the EPA. The iSan delivers BioLargo’s Iomax formula for use in feed water for poultry, and the company plans to expand the label’s uses soon.
BioLargo is also preparing to file a 510k submission with the FDA in Q1 2017, with plans to begin serving the large multi-billion dollar wound care market with its novel advanced wound care products in 2017.
With every profit center addressing multi-billion dollar markets and targeting commercialization in 2016 and 2017, investors and shareholders will now be paying particularly close attention to BioLargo.

See here for the original release.
For more information, visit the company’s website at www.biolargo.com.
Posted by BioLargo at 13:16