Iodine Fortification of Vegetables Improves Human Iodine Nutrition: In Vivo Evidence for a New Model of Iodine Prophylaxis.- and Endocrinology Update Comments: Veggies Could be the Answer- Both articles point to how BioLargo's Isan System that can help meet the Challenge! 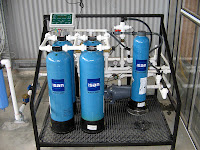 BioLargo's Isan System* has been delivering precise does of iodine in Australia and New Zealand for years.  The two articles referenced speak to the importance of fortification of iodine in food, and the photos are from actual installations in Australia.  The nation of the Phillippines is already adding iodine to its drinking water to promote health and help stem the tide of Iodine Deficiency Disorder and see the link at the bottom of this page:  Tasmania reports low iodine levels. *BioLargo is marketing The Isan System and its patented technology are owned equally by its inventors from Australia (www.ioteq.com) and BioLargo 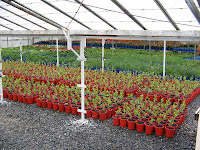 14 March, 2013 Hugo WilckenFortifying vegetables with iodine is an effective way of upping intake of the micronutrient and avoiding iodine deficiency, Italian researcherssay.
Over a two-week period 50 volunteers ate a 100g daily serving of vegetables fortified with 45mg iodine, choosing between potatoes, carrots, tomatoes or salad. 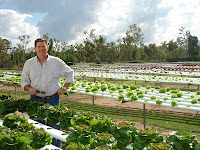 Urinary iodine concentration before intake was 98mg/L, rising by 20% to 117mg after the meal.
Although iodine deficiency has been controlled by universal salt iodisation, salt consumption has now been recognised as a health risk, the authors said.
As industrialised countries try to reduce salt consumption, “biofortification of vegetables with iodine offers an excellent alternative opportunity to increase iodine intake,” they concluded. 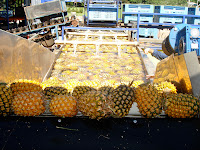 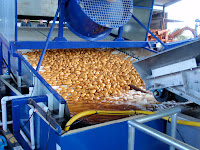 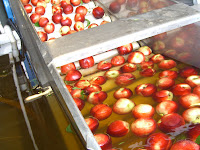 Background:Iodine deficiency is the result of insufficient intake of dietary iodine and as a consequence causes multiple adverse effects. About 2 billion individuals in the world are affected by iodine deficiency. It has been found that the most effective way to control iodine deficiency is through the universal salt iodization. However, salt iodization alone may not be sufficient to assure adequate iodine nutrition. In most industrialized countries, excess consumption of salt has become recognized as a health risk. Therefore, biofortification of vegetables with iodine offers an excellent opportunity to increase iodine intake.Aim and Methods:The aim of this study was to test the efficiency of a new model of iodine prophylaxis in a group of 50 healthy volunteers through the intake of vegetables (potatoes, cherry tomatoes, carrots, and green salad) fortified with iodine. Each serving of vegetables consisted of 100 g of potatoes, carrots, tomatoes, or salad containing 45 mg of iodine (30% of the Recommended Daily Allowance), and the volunteers consumed a single serving of vegetables, as preferred, each day for 2 weeks. Urinary iodine (UI) excretion was measured before and after intake of vegetables.Results:The UI concentration measured in volunteers before the intake of vegetables was 98.3 mg/L (basal value), increasing to 117.5 mg/L during the intake of vegetables. Seven days after the discontinuation of vegetable intake, UI was 85 mg/L. UI concentration increment was 19.6% compared with the basal value; therefore, the difference was statistically significant (P = .035).Conclusions:Biofortification of vegetables with iodine provides a mild but significative increase in UI concentration and, together with the habitual use of iodized salt, may contribute to improve the iodine nutritional status of the population without risks of iodine excess.

Tasmania Puts Iodine Back on Its Health Agenda
Posted by BioLargo at 08:39 No comments:

NC fracking panel suggests wastewater could be used for irrigation

The proposal Thursday from a member of the N.C. Mining & Energy Commission immediately raised skepticism from several environmental advocates. They said purifying brackish backwash into sprinkler water is technologically possible but in practice has caused environmental damage in other states.

Commissioner Vik Rao assured that one of the smartest options for energy companies would be to reuse the water-and-chemical mixture to hydraulically fracture numerous wells for natural gas production, then desalinate and treat the fracking fluid at the end of the cycle.

The approach would limit the volume of water used in fracking and would also solve the problem of disposal, he said. Rao chairs the Mining & Energy Commission’s Water and Waste Management Committee and said he expects his committee to create fracking standards that will encourage the reclamation of fracking fluids as a state policy.
“Treating for reuse is the cheapest thing you can do and the most environmentally safe thing you can do,” Rao said. “At the very end I would treat it (the waste) for a purpose that is easiest or most useful for a community.”

Rao is the former chief technology officer of Halliburton, the global energy conglomerate that takes credit for developing fracking technology. He recently wrote a primer on natural gas exploration. [& technical advisor to BioLargo, Inc.]  Fracking refers to hydraulically fracturing underground rock formations with a mixture of water and chemicals to release the natural gas trapped inside. Shale gas operations now account for a third of the nation’s natural gas production.

The industrial byproduct of fracking is a mixture of water and chemicals used for extracting natural gas, as well as the brine, metals and dissolved solids that are flushed out of the ground during the fracking process. The preferred disposal method in some states is deep injection into wells for permanent storage, but North Carolina lacks suitable geology to accept potentially hundreds of millions of gallons of the toxic bilge.

The state’s natural gas is believed to be concentrated in Lee, Chatham and Moore counties. But the shale rock formations in the state’s mid-section are too impenetrable to absorb waste injections under pressure for permanent storage. Such injections would likely flow into fissures and seams, eventually mixing with fresh water, some geologists have warned.
The state’s coastal counties are the only area of the state that could potentially accept fracking waste. The coast has deep saline aquifers but it is unclear whether those aquifers are hermetically sealed off from other aquifers above, or whether injected waste would migrate over time beyond its intended resting place.

The mining commission and its committees are developing public protections and environmental safeguards to govern fracking, which is currently prohibited while the regulations are still being designed. The commission meets again Friday in Raleigh to continue its discussions.

Rao suggested that treated water could be used to water crops, or as a drinking source for sheep, which can tolerate mild salinity. His suggestions were not debated by his committee on Thursday but demonstrated the complex and controversial nature of the issue state policymakers face.

“This strikes me as a really terrible idea at first blush,” said Craig Seagall, a lawyer with the Sierra Club. “If there were purpose-built plants, such that the final discharge was clean, then I suppose there wouldn’t be a problem land-farming it, but that’s a lot of speculation.”
Reuse of treated industrial waste is done in North Carolina by food processors and other industrial operations, said Jon Risgaard, supervisor of the land application unit within the aquifer protection section of the N.C. Department of Environment and Natural Resources.
Getting a state permit requires a hydrogeologic site evaluation and groundwater modeling, and such an application could generate public opposition.

In other states natural gas drilling fluids have been treated for de-icing and dust control of roadways, as well as for land application. Though feasible, it doesn’t always work out.
Several years ago Arkansas regulators investigated 11 disposal sites and found all in violation of discharge limits of reclaimed water. Some discharged too much tainted water, others discharged water to improper sites, spreading contamination with fuel residues.
“Some fields may have been irreversibly damaged,” Arkansas authorities concluded.
Murawski: 919-829-8932

LA MIRADA, CA--(Marketwire - Mar 4, 2013) - BioLargo, Inc. ( OTCQB : BLGO ), innovator of environmentally friendly antimicrobial and disinfecting technologies, announced it had retained "The Pet Firm," the industry's leading pet specialty sales, marketing and merchandising firm with long-standing relationships with all major pet retailers and thousands of independent pet retailers in both the US and Canada.

"With the recent introduction of our Nature's Best Solution® line of feline products and Free Iodine Skin and Wound Care products for pets, hiring the best agency was a top priority," said Dennis Calvert, BioLargo's president. "With more than 2,000 employees nationwide, and a reputation as the industry's top agency, we believe The Pet Firm gives us another key advantage as we work to place our products with leading pet retailers."
BioLargo's wholly owned subsidiary, Odor-No-More, Inc., introduced its Nature's Best Solution® feline products and its Free Iodine Skin and Wound Care Products at the recent Global Pet Expo trade show in Orlando, Florida. "We are excited to get started working with BioLargo's portfolio of products. The use of science and technology to produce truly next generation products is exciting!" stated Greg Melin, VP of Sales & New Business Development of The Pet Firm.

Odor-No-More's president, Joseph Provenzano, added "our products were well received at the show by pet retailers and industry members because they are searching for a product that actually works." Caroline Golan, a lifestyle writer and blogger from Catster.com, picked the Nature's Best Solution® Litterbox Deodorizing Concentrate as one of the "Ten Most Intriguing Cat Products" at the Global Pet Expo. In her article she states "this stuff works really well!"
For more information about the Nature's Best Solution® Pet Care Line visitwww.NaturesBestSolution.com.
About BioLargo, Inc.
We make life better by delivering technology-based products that help solve some of the world's most important problems that threaten our water, food, agriculture, healthcare and energy. Our website is http://www.BioLargo.com. Our Odor-No-More Inc. subsidiary features award-winning products serving the companion animal and equine markets, including the Nature's Best Solution® and Deodorall® brands. (http://www.OdorNoMore.com). BioLargo also owns a 50% interest in the Isan System, which was honored with a "Top 50 Water Company for the 21st Century" award by the Artemis Project. Our subsidiary, Clyra Medical Technologies, Inc., focuses on advanced wound care management and is preparing to make FDA 510(k) applications in 2013.
Posted by BioLargo at 18:09 No comments: