The Germiest Places in the World

50 Germiest Places in the World

With cold and flu season in full swing and the newest strain of flu scaring everyone, what can the average person to do avoid getting sick? The short answer as always: wash your hands regularly, especially before you eat. Another good way is to educate yourself on the 50 germiest places in the world, how to avoid them, and what you can do to better your chances.

The next time you get a bug and have to call in sick to work, it just might be your work that made you sick. Check out the below germiest jobs to see if yours is on the list and how to better your odds.

Germiest Places in the Gym

You go here to get healthy, so stay that way by avoiding these germ land mines.

Germiest Places in the Office

One of the reasons you are getting sick from work are the items that contain germs. Check the below to see why and when you should wash.

Germiest Travel Places in the World

Because travel is meant for fun or business and not getting sick, learn these germiest places to avoid.

Other Germiest Places in the World

Because you encounter them in everyday life, beware of the below germiest places.

Mythical Germiest Places in the World

The below are often thought of as the germiest places, yet unrightfully so.

Everywhere you go, whether it’s the office, travel, or most other places, you’re going to encounter these germs. Know that washing before meals is one of the best ways to eliminate most germs. If you are concerned about the 50 germiest places in the world, ask a physician or health professional for an expert opinion.

Posted by BioLargo at 05:15 No comments:

"We have information that U.S. factories are intensively working to give up treating poultry with chlorine-containing sanitations," Onishchenko told Interfax, adding that poultry producers said they were ready to resume exports as soon as possible.

Onishchenko said Russia would start working with certain producers after they provide official confirmation that they would supply poultry that hasn't been treated with chlorine.

Russia froze imports of U.S. poultry on Jan. 1 after long-planned regulations that forbid the import of poultry treated with chlorine — a production method used by many U.S. producers — went into effect.

Russia and the United States have already held two rounds of negotiations and created a draft of an agreement on renewed imports.

Onishchenko didn't specify which companies had agreed to the overhaul or when exports could be resumed.

Albert Davleyev, director of the Russian office of the U.S. Poultry and Egg Export Council, said he could not comment on the course of the negotiations.

The Russian Poultry Union, a nonprofit organization representing Russian poultry producers and suppliers, has no information on the U.S. companies' intention to resume supplies, said Galina Bobylyova, the union's head.

"Everything depends on how actively they will adopt [the new technology] and which technology they will implement. It will take them six months to a year," she told The Moscow Times.

She also said Russian poultry producers were increasing production volumes to fulfill the government's order to replace imports in the coming years.

Chicken is the top U.S. export to Russia, bringing in $600 million to $700 million a year to producers in 38 U.S. states, but that may change in the coming years if domestic producers edge out U.S. imports.

President Dmitry Medvedev signed a new "food security" doctrine in February, calling for, among other things, 85 percent of all meat consumed in the country to be produced domestically.

In January, Prime Minister Vladimir Putin said Russia would be able to cease all poultry imports by 2015.

The volume of domestic poultry production increased by 14.6 percent in 2009, and Russia will become a net exporter of poultry over the next 4 years to 5 years, the ministry said last month.
Posted by BioLargo at 16:08 No comments:

Chlorine Use - Gets Poultry from USA Banned in Russia- Replacement Needed

MOSCOW (Reuters) - Russia, the biggest market for U.S. poultry exporters, will ban imports from 19 producers in the United States and warned on Friday that another 29 suppliers face a possible ban on health and safety grounds.

"Joint Russian-U.S. inspections of U.S. poultry processing plants at the end of July and the beginning of August showed a number of inspected plants do not fully observe the agreed standards," the watchdog, Rosselkhoznadzor, said in a statement.

"The inspection showed that many plants have not taken steps to eliminate faults discovered by previous inspections."

Rosselkhoznadzor said its inspectors had not been allowed to visit some poultry farms and had not received results of a probe into a possible excess of arsenic in some U.S. poultry supplied to Russia.

It said it wanted to receive these results within one month.

"A timely reception of this information by Rosselkhoznadzor will prevent the imposition of restrictions on poultry imports to Russia for 22 plants belonging to Tyson Foods, four plants of Peco Foods and three plants of the Equity Group," it said.

Agriculture Minister Alexei Gordeyev, in a separate statement, said inspectors had more than once found an excess of arsenic, salmonella, E.coli and other dangerous bacteria in shipments of U.S. poultry to Russia.

He said the bans on 19 U.S. poultry producers would not damage the Russian poultry market, as domestic output had risen.

The minister said poultry meat and pork import quotas should also be cut by hundreds of thousands of tons.

"It is time to change the quota regime and to cut imports, which, lamentably, have been rising in the last few years."

Russia regulates imports of poultry and red meat by tariff quotas, which have been fixed for 2005-2009. The United States has the largest share of the poultry quotas.

U.S. industry sources told Reuters on Thursday, after Putin's remarks to U.S. broadcaster CNN, that Moscow had not yet contacted its poultry industry or government on the ban.

In March 2002, Russia banned all U.S. poultry for about one month, citing safety concerns such as salmonella contamination. The lifting of the ban involved top level politicians, including President George W. Bush and Putin, then Russian president.

The list of 19 banned plants did not include any of Pilgrim's Pride Corp, the largest U.S. chicken producer.

Posted by BioLargo at 16:47 No comments: 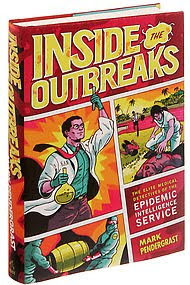