This piece originally appeared in USA Today's 2021 Sustainability Edition. You can view the full online version on page 71 at: https://usatodayspecial-va.newsmemory.com/?special=Green+Living&date=20210421

A U.S. technology company is rolling out pilot projects for their promising solution to the environmental crisis created by PFAS, so-called forever chemicals found in drinking water supplies and groundwater throughout the U.S. 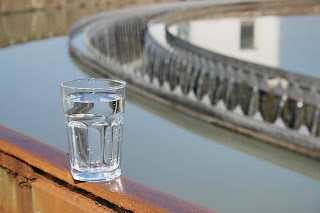 PFAS, or per- and polyfluoroalkyl substances, are fueling a crisis in the U.S. and other industrialized nations because of their longevity in the environment and their link to various cancers, thyroid issues, fetal developmental problems, high cholesterol and other medical disorders. These synthetic chemicals are used in the manufacture of countless consumer items, including food packaging, cleaning supplies and non-stick cookware, as well as firefighting foam. As a by-product of manufacturing, PFAS can move from contaminated soil at industrial sites, landfills and airports into groundwater and eventually aquifers, nearby wells or municipal water sources.

PFAS have been found in the drinking water of more than 1,400 U.S. communities. The new Biden administration has declared PFAS clean-up a top priority in its ambitious environmental agenda and recently confirmed EPA head Michael Reagan has promised strong action on the issue.

BioLargo’s water-treatment technology, called the AEC (Aqueous Electrostatic Concentrator), uses electrolysis to extract PFAS molecules from water and deposit them on membranes. A third-party analysis by the University of Tennessee found that the AEC captures 99.995 percent of the PFAS from contaminated water. BioLargo is now building commercial-sized units to be used in pilot projects in water supplies in California, Wisconsin and the western U.S. There is also a significant market for AEC technology in groundwater remediation near industrial sites, military bases and airports.

With BioLargo’s AEC technology, “at the end of a treatment cycle, instead of having 80,000 pounds of waste, we might have 85 pounds,” says Moore. BioLargo is also working on a sustainable way of extracting PFAS from the spent membrane, destroying the PFAS and sending the membrane residue to a landfill.