The following article was published on January 2nd, 2020 in Waste Advantage Magazine (and online). To view the source version, go here.

Keep learning new tips and tricks every year and you will be sure to stay ahead of your odor challenges.
By Joe Provenzano
The world of waste handling is changing. In years past, landfills could operate with little to no impact on neighboring communities, but this is often not the case today. Over the years, landfills have evolved through engineered expansion and many have grown into “mega-landfills” that not only have ballooned outward, but also have risen to up to 300 feet above grade, thus increasing odor exposure to neighboring properties. At the same time, urban sprawl has created widespread situations where neighborhoods and waste handling facilities encroach upon each other, creating more potential for unwanted odor exposure. And, of course, in today’s world, negative information about odor flare-ups spreads quickly thanks to social media and the 24-hour news cycle. 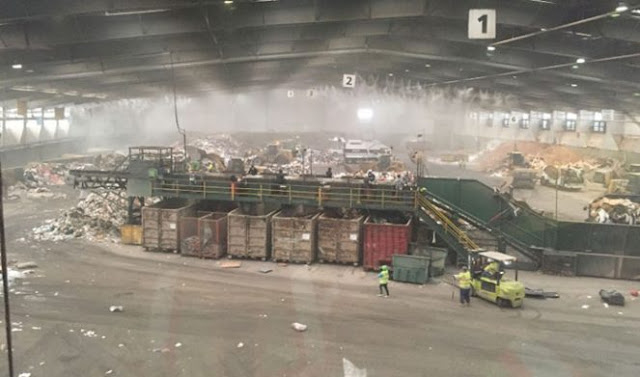 • If the Transfer station operation is located near sensitive receptors, it should have a high-pressure misting system installed to prevent impact to the neighbors.
• The system should include coverage for the following areas:
• The transfer station floor and walls should be washed down weekly (or once a month at a minimum) with odor control products to eliminate the odor molecules and clean the walls and floor. This includes the tunnel and/or pit if applicable.
• Automatic doors on each end of the tunnel/pit should be in place and remain closed before, after and during truck loading.
• While waiting to enter facility, trucks should be staged as far away from neighbors as possible.

Food Waste Processing
• Food waste should be confined to the smallest working area possible.
Direct application is effective for:
Odor control is required during offloading and loading

Stay Ahead of Odor Challenges

Odor control is a fact of life in the modern waste handling industry. Thankfully, because of cutting edge technologies and a more widespread solid understanding of the best practices, effective odor control can be a reality at even the toughest waste handling site. Keep learning new tips and tricks every year and you will be sure to stay ahead of your odor challenges.

Joe Provenzano is President of Odor-No-More, Inc. (Westminster, CA), an innovative odor and VOC control product and service provider. Odor-No-More is the manufacturer of CupriDyne® Clean Industrial Odor Eliminator, a patented eco-friendly odor control chemistry product that eliminates odor-causing compounds rather than masking them. Joe is a seasoned expert on the topic of odor and VOC control and has over 20 years experience of executive-level management. For more information, visit https://odornomore.com.