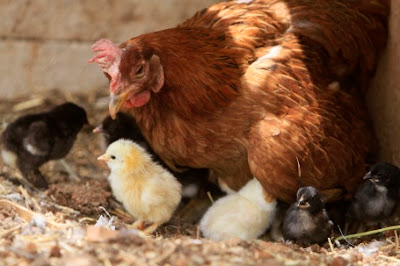 Dear French Camp, Calif. residents: help is on the way.

Beyond the recent salmonella slide plaguing egg farms across the country, Golden-State neighbors of the Olivera Egg Ranch have dealt with a more textbook issue: breathing in unpleasant ammonia-like odors from the farm's waste products.

Now, the farm is turning to its 1 million pounds of weekly waste to eradicate the ecocentric problem. The Stockton Record reports that Olivera plans to pair up an anaerobic digester with a 1.4-megawatt fuel cell to power its daily needs. While local critics express doubt about the changes, one of the purported benefits of the digester is its ability to rely on methane gas from the poultry waste. That minimizes the nitrogen/sulfur oxides dampening the local community's air.

Similar chicken-waste controversies are in full force on the opposite coast. The Baltimore Sun writes that environmental organizations are embroiled in a battle with poultry producers over the companies' responsibility to monitor individual farmers' pollution. The groups argue that lack of proper oversight is threatening natural bodies of water like the Chesapeake Bay. Large conglomerates like Perdue say its not their problem, contending those types of stringent measures will have economic repercussions for chicken consumers.